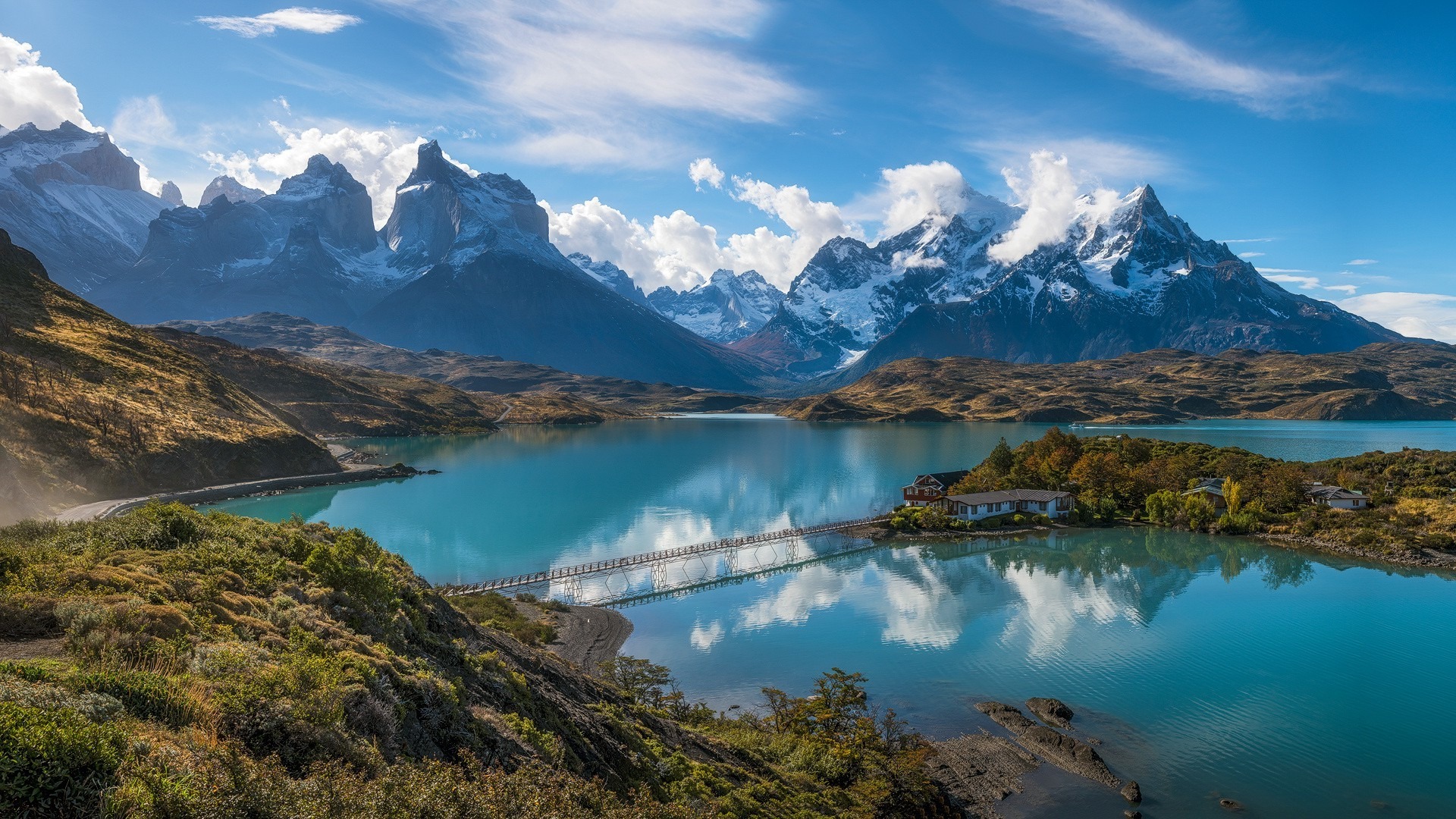 Welcome to this week’s edition of Clarkson’s Destination Series. My pick this week: Patagonia.
There is something so mysterious and alluring in the name Patagonia. It immediately paints a picture of a far-away land, almost unreal and part of one’s imagination. Yet, it is not fiction, it is a land very much in existence, it is indeed one of the most picturesque places in the world.

You will find Patagonia’s majestic mountains and glaciers scattered in the south part of Argentina and Chile. It is its raw and untouched beauty that draws people in from all over the world to witness it. The region is home to some of the most impressive sights in the Southern Hemisphere, shaped by ice, water, wind, and volcanoes. Sit back and relax as you follow me on this journey of my Patagonia highlights. This is a place to fall in love with that will both challenge and inspire everyone who visits.

My journey of Patagonia starts in Ushuaia, the southern-most part of Argentina and South America, nicknamed the “End of the World”. The windswept town, perched on a steep hill, is surrounded by the Martial Mountains and the Beagle Channel. It’s the gateway to Antarctica and Tierra del Fuego National Park. Before the Panama Canal was built, it was one of only two protected passages connecting the Atlantic and Pacific Oceans. The only other way around was to go below Cape Horn and brave the notoriously wild conditions of Drake Passage and the Great Southern Ocean.

Known as one of the world’s final frontiers, this breathtaking spot in Patagonia is home to the town of Ushuaia, as well as the habitat for incredible wildlife and landscapes. Its name literally means “The Land of Fire” a name given to it by Magellan when he thought he saw fires on land from his ship. Tierra del Fuego doesn’t disappoint when it comes to being home to an immense number of species of flora or fauna. See the penguin colony at Martillo Island, come across woodpeckers in the forests, and take in eagles soaring over the channel. Tierra del Fuego is the closest point to Antarctica, and you’ll definitely feel the cold! As the continent breaks into little islands, you’ll be able to spot seals and sea lions along the Beagle Channel as well as humpback whales in the open water.

Nestled in southern Chile, you will come across the breathtaking scenery of the little town of Puerto Natales, located between Argentina and the interconnecting inlets and bays that encompass this part of Chile. It is however best known for being the gateway to Torres del Paine National Park, a 700-square-mile reserve, absolutely one of Patagonia’s many highlights. A rugged and beautiful landscape of jagged peaks, glaciers, turquoise lakes, torrent rivers, and waterfalls. The most prominent scene, the National Park’s namesake mountain peaks: the Torres del Paine – towers of blue. A spectacular and continually changing view as compelling when bathed in sunshine or covered in storm clouds.

El Calafate is the perfect jumping-off point for your Patagonian adventure. Located in the south of Patagonia in the province of Santa Cruz, El Calafate is a three-hour plane ride away from the capital of Buenos Aires and is the main hub in the area from which people can visit most of the attractions that Patagonia is famous for. The most popular tourist attraction is of course the famous Perito Moreno glacier, just one of the huge masses of ice located in Glaciers National Park. The glacier is a staggering 250 sq km (97 sq miles), and 70 metres (240 ft) high.

Perito Moreno Glacier is an advancing glacier; the front of the glacier develops large cracks and fissures as the size increases which eventually give way causing a large chunk to fall into the lake. The glacier produces loud creaks and groans as the ice breaks away creating a tremendous wave as the new iceberg hits the water.

The Patagonia Lake District in northern Patagonia spans both Chile and Argentina. Compared to the windswept, rugged terrain of glaciers and mountains in the south; the Patagonian Lake Districtis described as the Switzerland of Patagonia.

It is lush with a more temperate climate than its southern counterpart. Here you will find stunning blue lakes, ancient forests, snow-topped volcanoes, and picturesque alpine villages.

WHEN TO VISIT PATAGONIA

Summer – November to March
While this is the best time for weather, crowds will be at their peak especially at popular parks and natural landmarks during November and December.

In January and February, the north can become surprisingly hot and southern areas such as Tierra del Fuego can experience rain.

Winter – June to August
Many areas will become frozen and inaccessible. Many attractions and national parks will close although many ski resorts will stay open. Winter sees more rain and snow but milder winds and more blue-sky days.

Are you ready to visit Patagonia?

ASK US ABOUT OUR PATAGONIA LAND TOUR
DEPARTING MARCH 2022