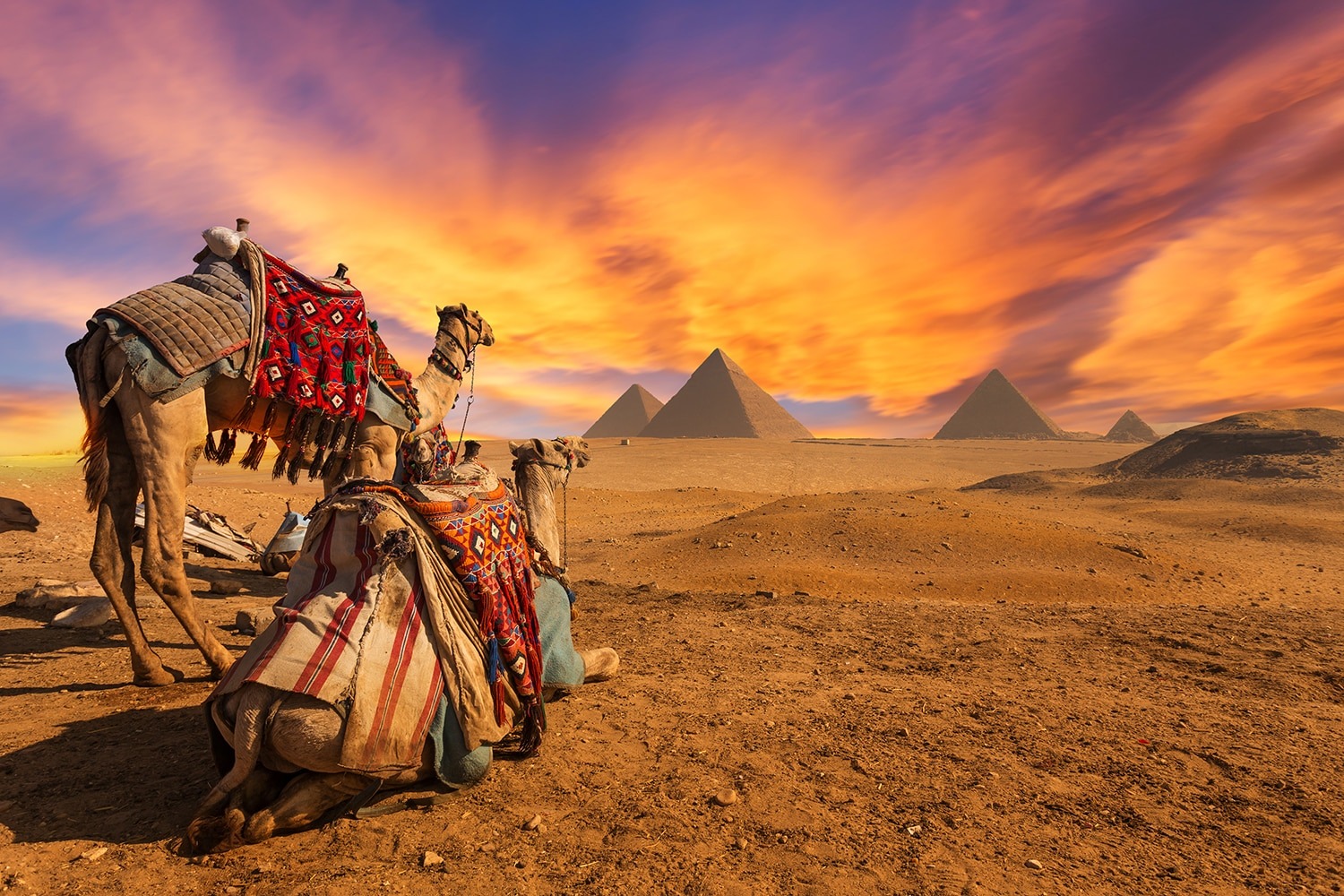 A destination like Egypt needs no introduction. As a matter of fact, I am not certain that I can shed any light on this ancient civilization more than what you already know. Perhaps the best I can do is to tell you about my impressions of my visits to Egypt.

I first visited Egypt in 2009, then again in 2019, and my third visit is still to take place later on this year in November. A group of us are scheduled to travel then – I truly hope we will make it, considering the current situation.

Egypt is like no other country in the world. Its unique history and cultural heritage cannot be found anywhere else. Yes, the Mayan civilization did also build pyramids, like Chichen Itza in Mexico, much later, around 400BC. The Egyptian pyramids date back to 2,550 BC.

Every conversation about Egypt inevitably starts out with the pyramids. And so do most visits, mine included. We arrived in Cairo the evening before, and the next morning we headed to Giza’s most famed pyramids. Nothing prepared me for the journey it took to cross the busy city of Cairo to get to Giza’s location on the other side of the Nile River. Streets crowded with cars, motorbikes, bicycles, ox carts and donkeys; traffic jams in clogged crossroads with drivers and passengers alike yelling from the top of their lungs in what sounded to be heated arguments, when all along they were directing traffic and helping each other get back on their way.

From busy city avenues, to the lighter traffic on the Ring Road, Cairo’s most vital highway, to the seemingly quieter streets of Giza, where ox carts and donkeys have replaced cars and motorbikes…and suddenly, there they were, the six mystical pyramids standing right there amidst local houses and street shops. It is a majestic place, this UNESCO Heritage site and one of the Seven Wonders of the World. Set against the backdrop of the desert, this ancient site is at times almost like a mirage. And then of course the inevitable question that everyone asks: how DID they build these age defying structures 5000 years ago?

Something else I was not prepared for: the army of camel owners offering 15-minute rides and photo ops…how could you not fall for that!!

The next day we toured the Egyptian Museum of Antiquities located right in the center of Cairo. It was a hustle to get to it, but once we were there, it felt as if we we’ve reached an oasis. It took us a couple of hours to see a very small portion of the rich collection of over 100,000 artifacts the museum houses. The highlight of our visit was indeed Ramses mummy displayed in a glass enclosure in the Mummy Room. I still can’t believe I saw hair, teeth and nails on this 3,000-year-old human body; but there it was, in all its glory right in front of my eyes.

What followed my exhilarating museum visit was equally as momentous. Our lunch venue that day was the Naguib Mahfouz Cafe, named after the Nobel Prize Egyptian winner for Literature. Located in the heart of Khan el Kahlili bazar, the Naguib Mahfouz Café is a must experience for a glimpse at life in old Cairo, the way it used to be surrounded by the elegant arabesque ambiance. My visit of Cairo would not have been complete without paying tribute to the author and the bazar he so frequently visited and was inspired by. Perhaps Naguib Mahfouz’s novel Midaq Alley depicts the bazar’s atmosphere the best with his rich and eloquent storytelling.

Another must see in Cairo is the Mosque of Muhammad – also known as the Alabaster Mosque – which sits on the summit of the Citadel of Saladin’s courtyard. The views of the city from atop the citadel were amazing. Inside the Mosque, we saw the most ornate interior and a splendid display of lamps hanging from the intricately designed ceiling.

After spending 4 days touting Cairo, we flew south to Luxor where we boarded our river cruise ship. We were docked in the UNESCO World Heritage City of Luxor for two days, which gave us plenty of time to visit its most famous temples – Karnak and Luxor. The temples of the great Pharaohs Ramesses II and III are also found here.

According to our Egyptologist “Luxor Temple was constructed of sandstone blocks from Nubia. The temple is surrounded by mud-brick walls which symbolize the separation between the world and the sacred realm of the gods. The Temple’s design during the New Kingdom exhibited a set of common design features in the construction of the temple. The Luxor Temple displays many of the features typical of temple construction known during the New Kingdom”.

A cruise on the Nile is the best way to see the sights on both sides of the river. Although there are cruises as short as 3 and 4 days, I really recommend the 7-day cruise itinerary, which is the one I travelled on. The week-long cruise is just a more civilized way to tour this region in a relaxed way as opposed to having to start very early in the morning as is the case on the shorter cruises in order to see all the sights.

And as we cruised slowly through the biblical waters of the Nile, we saw how little life has changed for the villagers along the river and we were greeted by friendly children waving at us as they were playing on the river banks. One of the highlights during my cruise was certainly the visit with the local people and learning about their lifestyle and culture.

Some of the temples we visited, and there were many, all perfectly preserved, included Philae Temple—built to honor Isis in around 690 BC and Kom Ombo Temple dedicated to two gods, Sobek and Horus. Two temples in one, Kom Ombo is perfectly symmetrical. One half is dedicated to Horus, the falcon god of the sky, and the other to Sobek, the crocodile god, a protective deity thought to have created the world.

I also saw the Temple of Hatshepsut, one of Egypt’s most successful pharaohs and its first female ruler.

Last but not least, I also saw the Valley of the Kings— one of the most famous archeological sites in the world. Here lay the tombs of 63 of the most important pharaohs in the history of Ancient Egypt. Used as a burial chamber for nearly 500 years from the 16th to 11th century BC, the Valley of the Kings was used for royal burials for the Kings, their families, and their possessions. In 1979, it became a World Heritage Site.

This was an unforgettable journey through history and antiquity, one that really cemented my appreciation of civilizations before us. To this date scientists are still debating about the engineering marvels scattered throughout this biblical land and linguists are mesmerized with the stories so eloquently expressed with hieroglyphics and images.

I concluded my Egypt adventure with four glorious days at the seaside resort Sharm El Sheikh located on the shores of the Red Sea on the southern tip of the Sinai Peninsula.

Famous vacationing spot with Europeans, the city is dotted with numerous luxurious hotels and villas, high end shops and restaurants. Favourite activity is diving, among other adventures, such as paragliding, water skiing and alike. A few days here will help you unwind after a satisfying holiday and will set you up for your journey back home. I totally enjoyed my stay in Sharm, you probably will too.