Vietnam, Cambodia & the Riches of the Mekong

Clarkson Travel will host a small group on this tour date, other dates are available for independent travel throughout the year

Let us treat you to a private limo ride to Pearson Airport on departure, or enjoy $70 credit

All of this is included:

“…years from now you will be more disappointed by the things you didn’t do than by the ones you did. So, sail away from the safe harbour. Explore. Dream.”

Hanoi, Vietnam’s capital city boasts a rich cultural heritage that blends in harmony with its vibrant present. From ancient temples to French Colonial architecture and modernday skyscrapers, along with beautiful parks and lakes, Hanoi is an eclectic and lively city.

Discover some of Hanoi’s most famous historic and cultural sites on your guided tour that includes: Ba Dinh Square and The Temple of Literature. You’ll also visit the infamous prison that American POWs sarcastically dubbed the “Hanoi Hilton” during the Vietnam War. Take an authentic rickshaw ride, known as “cyclo,” in Hanoi’s bustling Old Quarter, and then enjoy a traditional water puppet show. (B)

Ethereal Ha Long Bay is considered by many to be the Eighth Natural Wonder of the World. Board an elegantly appointed ship designed with all the modern conveniences to ensure smooth sailing for an incredible once in a lifetime experience. The backdrop of the bay’s magnificent scenery and dramatic limestone cliffs and rock formations provide you with the perfect setting for a memorable sojourn. (B,L,D)

Spend the morning sailing across the emerald waters of Ha Long Bay with more than 2,000 small islands rising from the water

like a dragon’s back. Later in the morning, disembark the ship and transfer to Hanoi Airport for a short flight to Siem Reap, Cambodia, the gateway to Angkor Archaeological Park, a UNESCO World Heritage Site and the former capital of the Khmer empire. (B,L)

Begin your morning exploration of the Angkor temple complex at Angkor Thom, meaning “the great city.” This is home to Bayon Temple, best

“Kingdom of Trees,” for the way in which the temple stones have become intertwined with thick forest vegetation over the centuries. Afternoon excursions take you to the fascinating jewel in the crown of Angkorian art, Banteay Srei, meaning “Citadel of Women,” as it has been said that the carving is too fine to have been done by the hand of man. Cap this memorable day off with a special “Apsara Dance Show” at your hotel, featuring local Cambodian/Khmer folk dancers. (B,D)

Discover the heart and soul of Cambodia and the most iconic of all Angkorian Temples, Angkor Wat. This is one of the largest religious monuments ever constructed and a true masterpiece of Khmer architecture built by King Suryavarman II in the early 12th century to honor the Hindu god, Vishnu. (B,D)

Transfer via motorcoach to the AmaDara in Kampong Cham for your seven night cruise. Board a motor coach to the Twin Mountains, known as Phnom Pros and Phnom Srei (male and female mountains). In the annals of Khmer legend, the twin mountains were formed as the result of a competition between the men and women of an ancient Cambodian kingdom to resolve which gender would be responsible for wedding proposals. Later, join fellow guests for an evening Welcome Dinner. (B,L,D)

During the morning, go on a walking tour to Angkor Ban, one of the few villages in Cambodia that was not destroyed under the Khmer Rouge regime in the 1970s. Here people still live in their traditional wooden abodes and keep their old cultural traditions alive. Hundreds of wooden houses stand intact on stilts, shaded with banana trees, among the hustle and bustle of the daily agricultural ongoing of the local villagers. After visiting here, the ship sails to Oknhatey or “Silk Island,” located on the lush banks of the Mekong River. This island is known for its rich tradition of silk weaving. While here, you’ll visit a local elementary school and observe the traditional silk weaving that have been preserved for centuries. Your ship moors in Oknhatey village. (B,L,D)

*Based on seasonality, the port of Angkor Ban may be inaccessible from August September. During this time, Wat Hanchey will replace Angkor Ban as the port of call.

Your cruise continues to sail to Phnom Penh, the capital of Cambodia. The morning excursion takes you to Oudong, Cambodia’s former royal capital from the early 17th century until 1866. Today, Oudong is a place of pilgrimage for Cambodians. While here, be treated to a memorable Buddhist Blessing Ceremony at a monastery. After visiting Oudong, be treated to a truly authentic excursion, an oxcart ride through a local village Kampong Tralach. Later in the day, experience Phnom Penh via a tuk tuk ride and be enchanted by the city’s French Colonial architecture and treelined boulevards set amidst monumental Angkorian architecture. After returning to the ship, enjoy Khmer folk dancing performed by local children in the Saigon Lounge. (B,L,D)

This morning’s excursion takes you to Cambodia’s infamous Killing Fields and the Khmer Rouge’s grim Tuol Sleng S21 detention center (Genocide Museum). Alternatively, you may wish to shop for unique treasures at the bustling yellowcolored

Central Market. After lunch on board, you’ll explore the highlights of the city, followed by a visit to the Royal Palace, the spectacular Silver Pagoda and the National Museum, which has an outstanding collection of Khmer crafts. (B,L,D)

Spend the day cruising the Mekong River as your ship crosses the border into Vietnam. (B,L,D)

Visit Tan Chau, a small Mekong River town unspoiled by tourism. You will have the opportunity to enjoy an authentic experience via a traditional “xeloi” (trishaw) ride around the town, with stops at silkmaking and rattan mat workshops, followed by a boat ride through the narrow channels of the Mekong River to “Evergreen Island.” Alternatively, take a boat ride to Evergreen Island and return to Tan Chau, where you will visit a rattan mat workshop. Later in the day, cruise to Sa Dec. (B,L,D)

Once ashore in Sa Dec, tour the town where French writer Marguerite Duras spent many years in her youth. Visit a colorful local market and the 19th century house of Mr. Huynh Thuy Le, Duras’ Chinese paramour, on whom her prizewinning novel “The Lover” is said to be based. Later, board a motorcoach for Xeo Quyt, once used as a military base during the French war and now an important ecological site. You will have an opportunity to visit candy and rice paper making workshops, and the historic Kiet Old House. In Cai Be, cap the day off with a festive Farewell Dinner on board. (B,L,D)

Disembark the AmaDara in My Tho Port and transfer to Ho Chi Minh City. Vietnam’s former capital of Indochina was once known as “Paris of the Orient,” and today, it is an industrial, cultural and educational hub. Explore such famous landmarks as the former Presidential Palace, the Central Post Office, Notre Dame Cathedral and the War Remnants Museum before visiting the Ben Thanh Market—one of the oldest and most iconic structures in Ho Chi Minh City. (B,L) *For those not staying in Ho Chi Minh, we recommend that you schedule your onward flight to depart Ho Chi Minh after 2:30pm to avoid potential missed connections.

Bid farewell to Vietnam as you prepare for your homeward flight. (B)

Why We Love AmaWaterways!

“We were very pleased with everything on the cruise and the extension. It was all first class. All of the guides for the excursions were excellent. The food and wine was excellent. It was a terrific cruise and extension in Prague and we would definitely recommend it to others“.  – Ruth R.

With eighteen years of experience on the world’s rivers, AmaWaterways family-owned and operated company has remained focused on what they do best: providing our guests with innovative and unforgettable travel experiences. 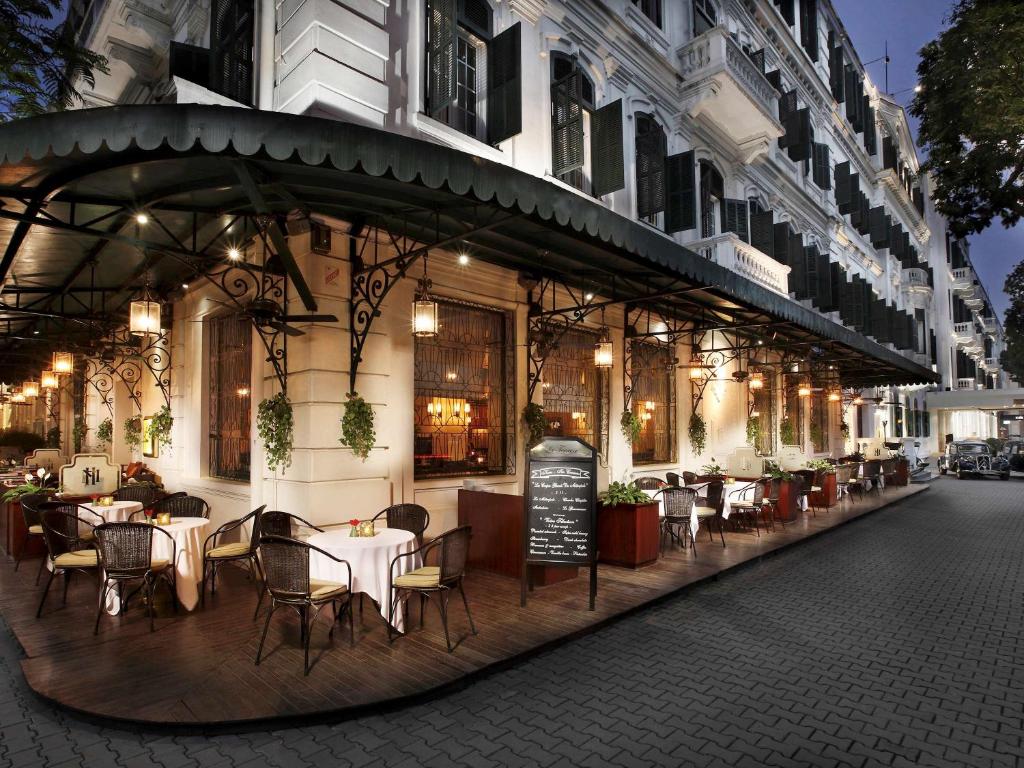 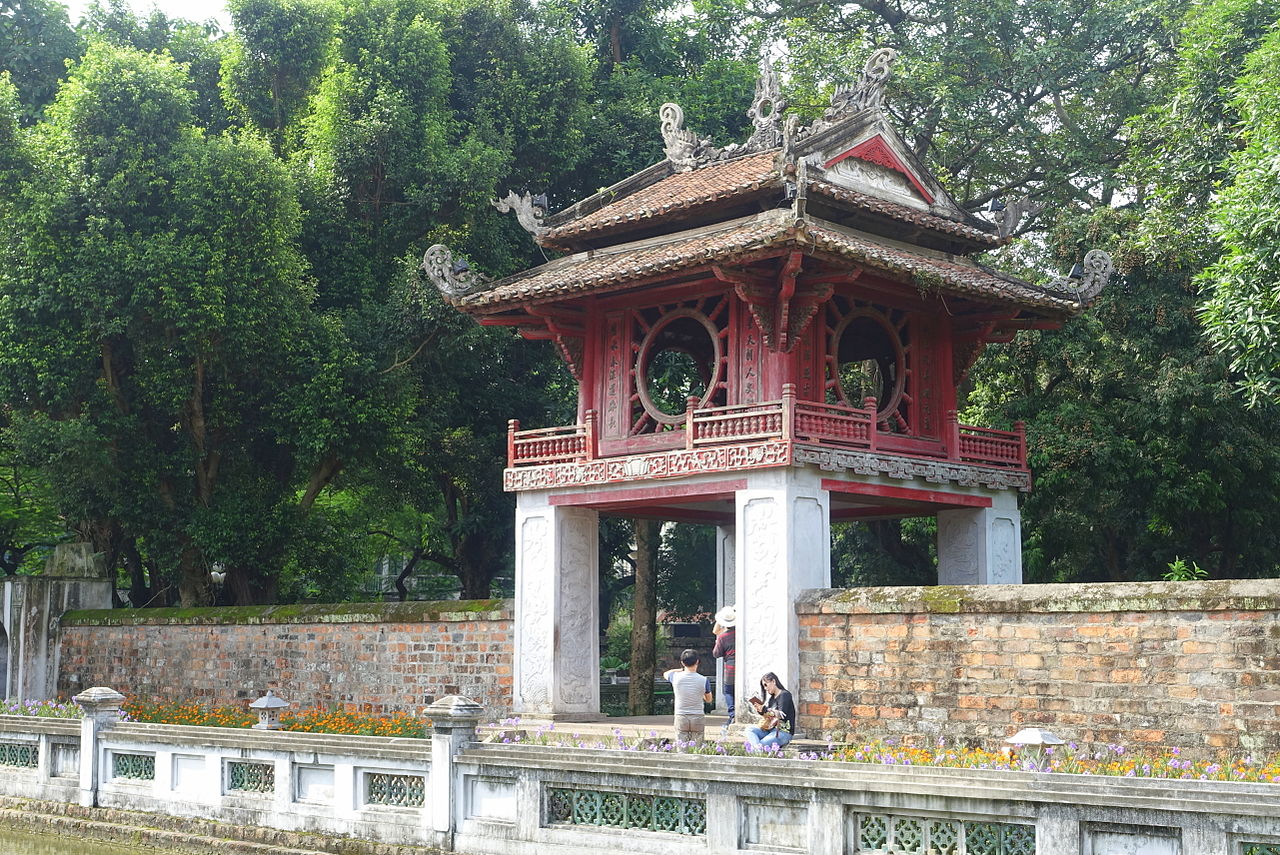 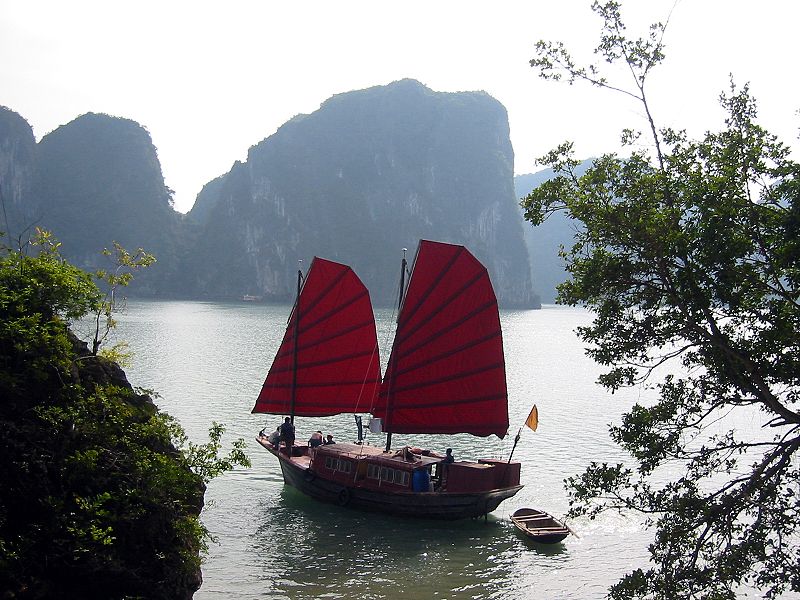 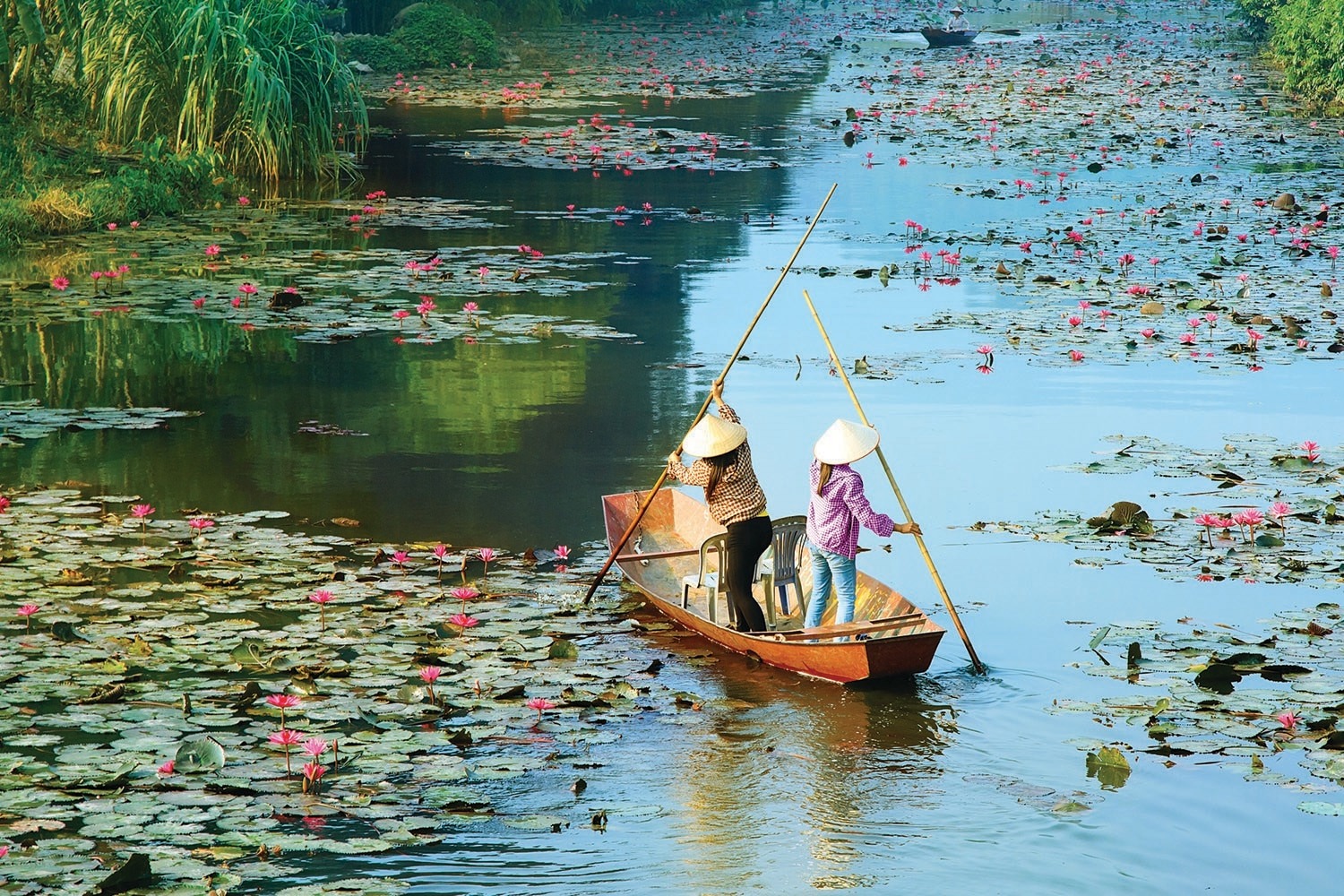 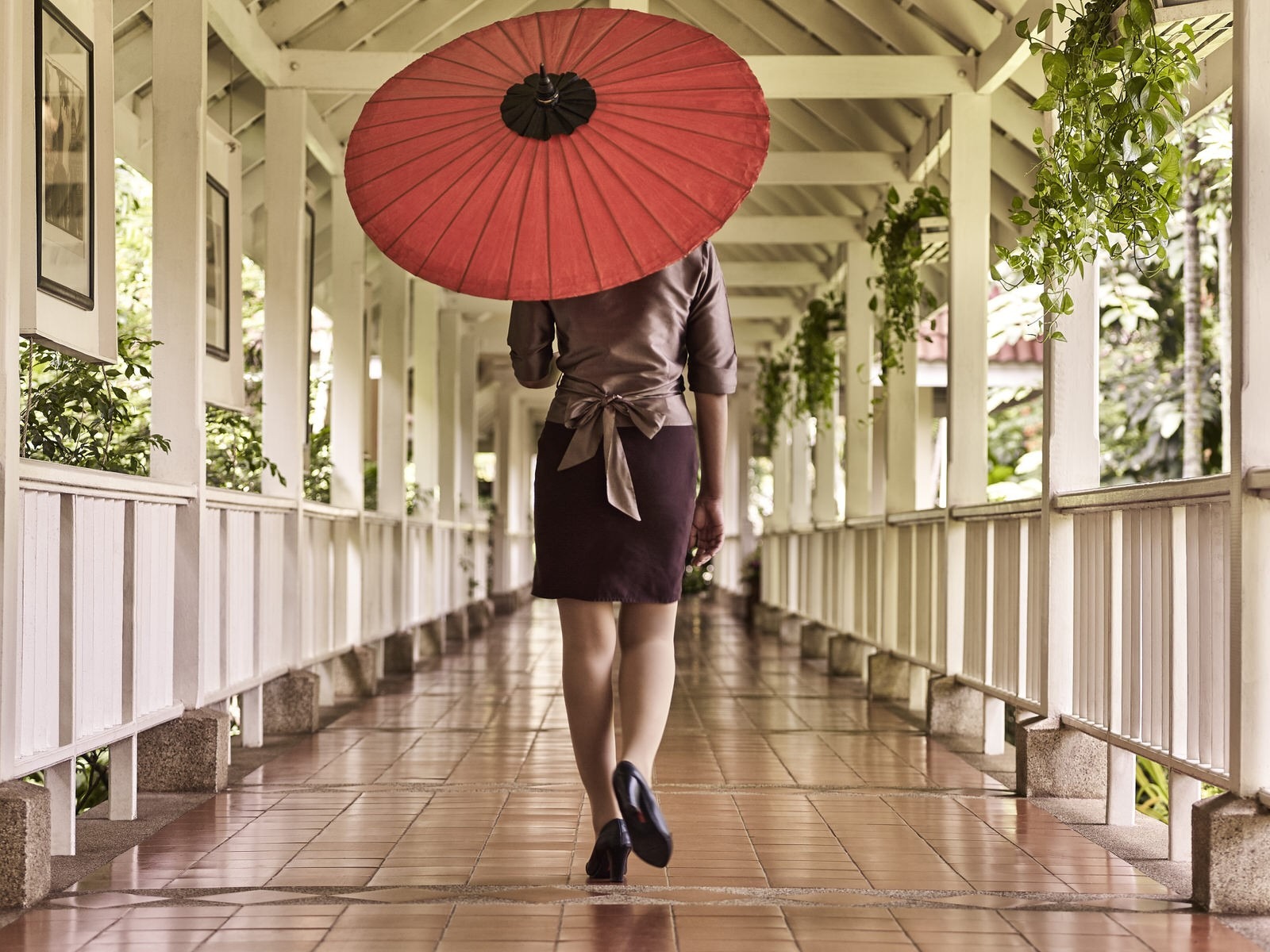 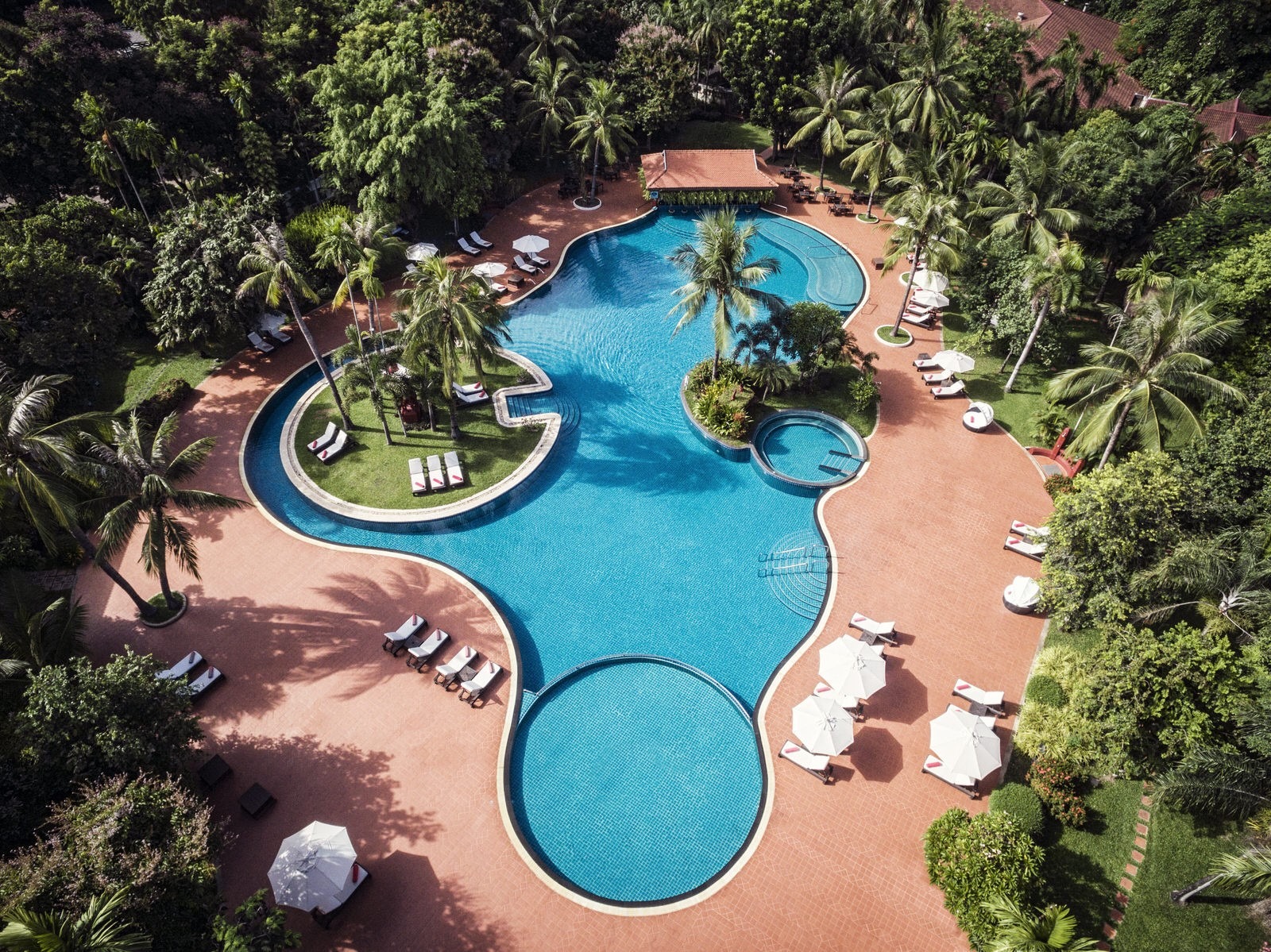 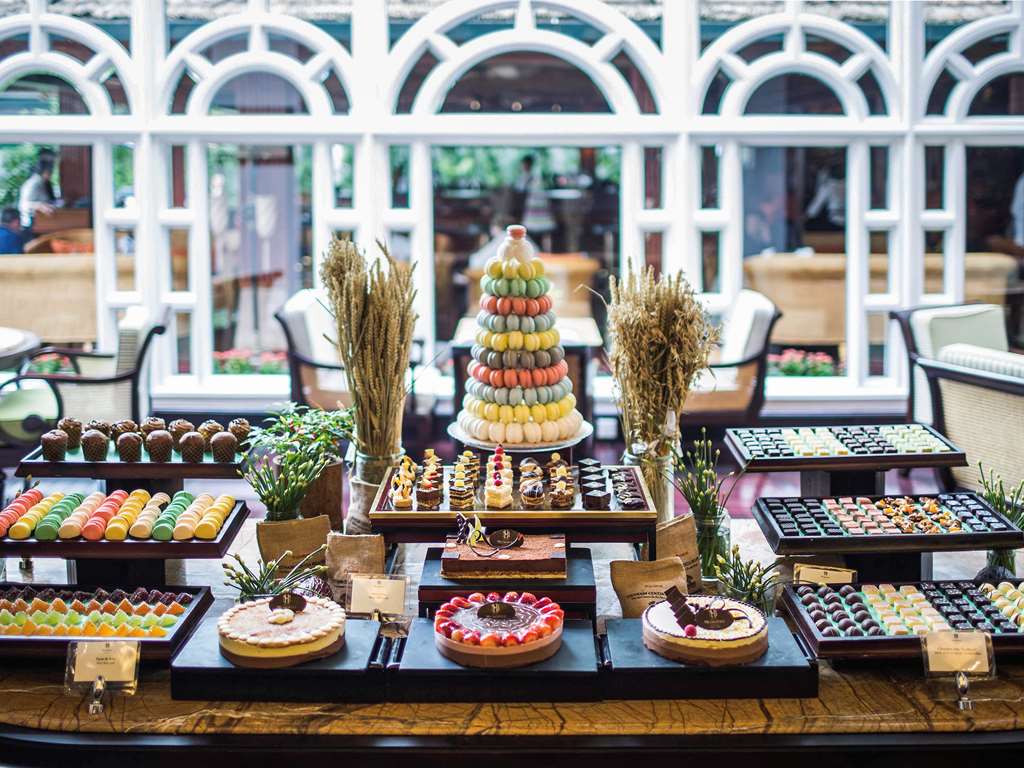 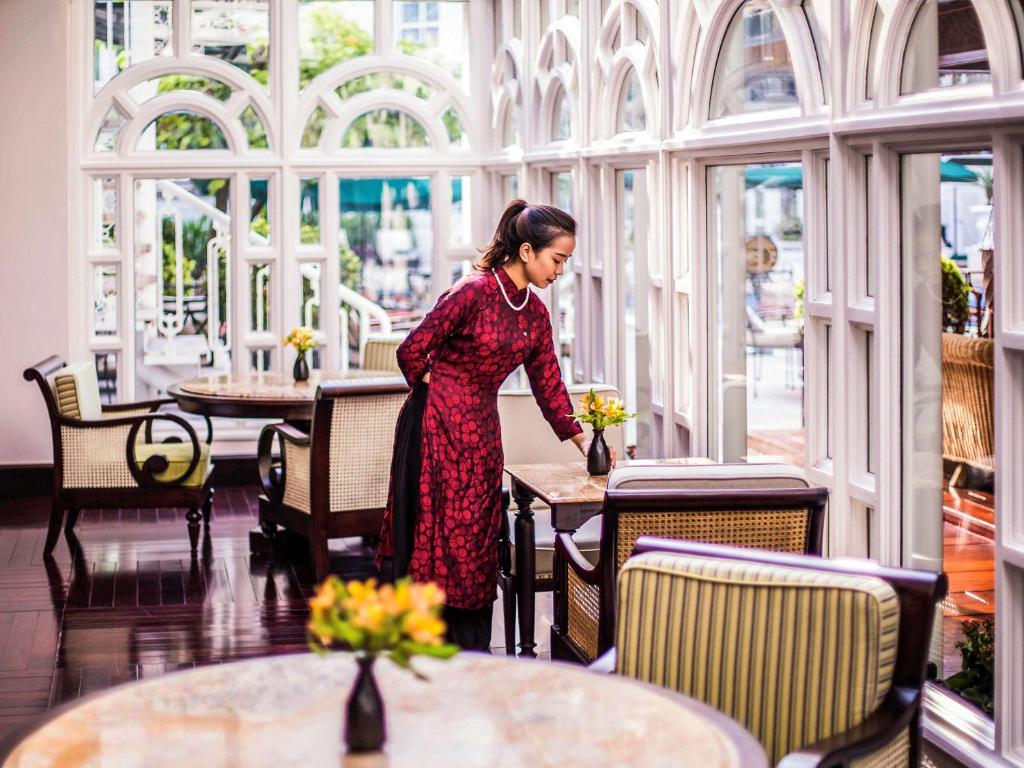 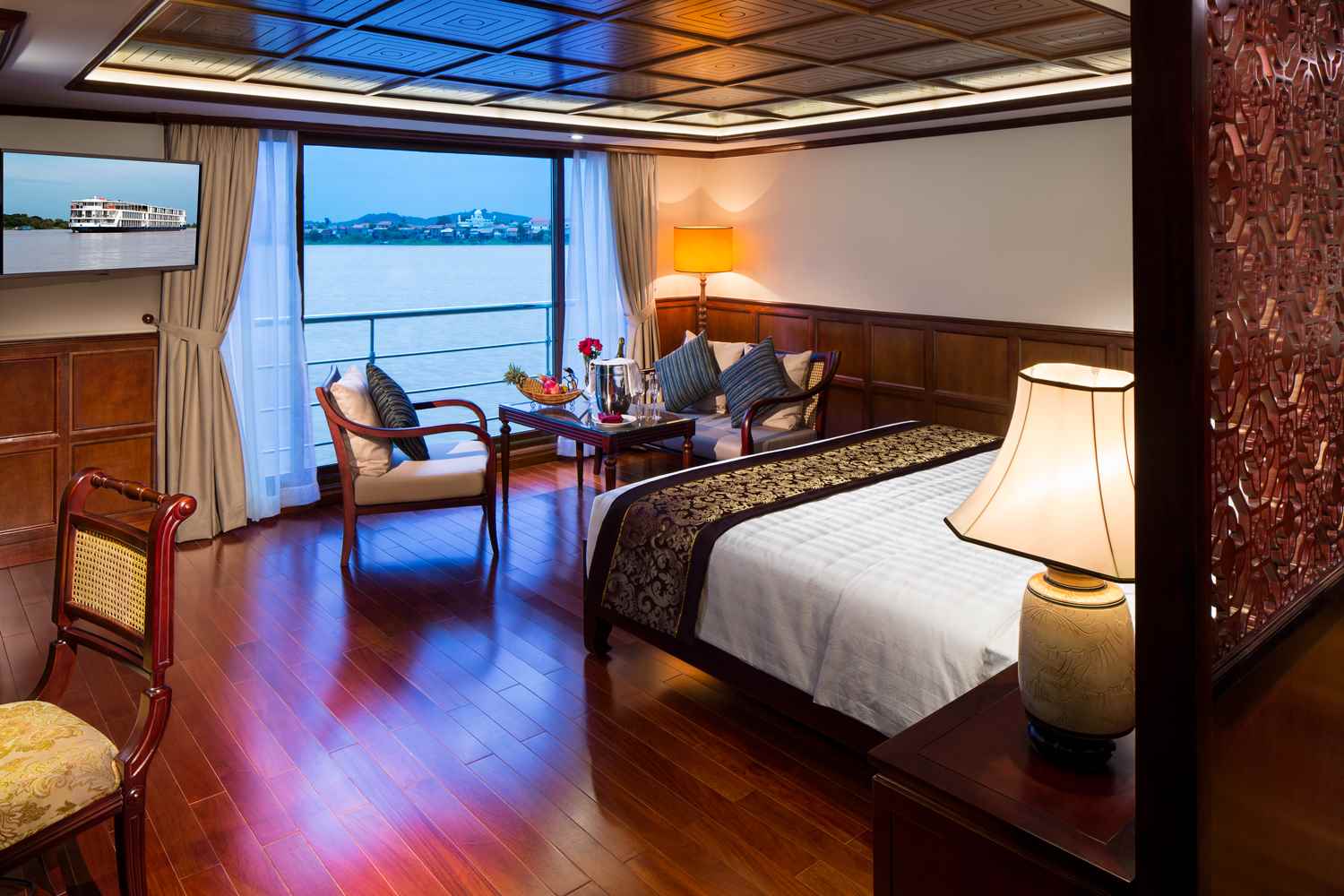 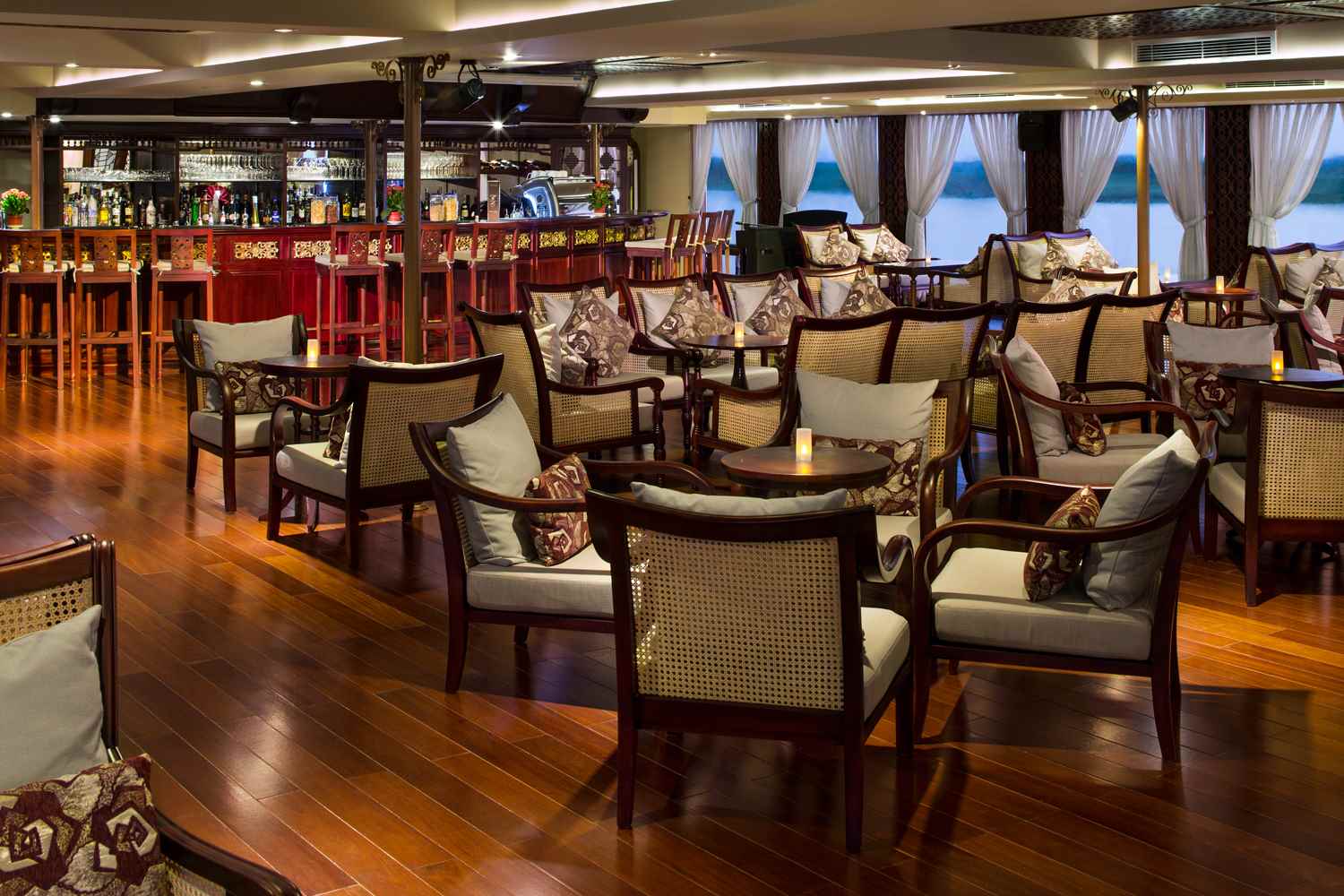 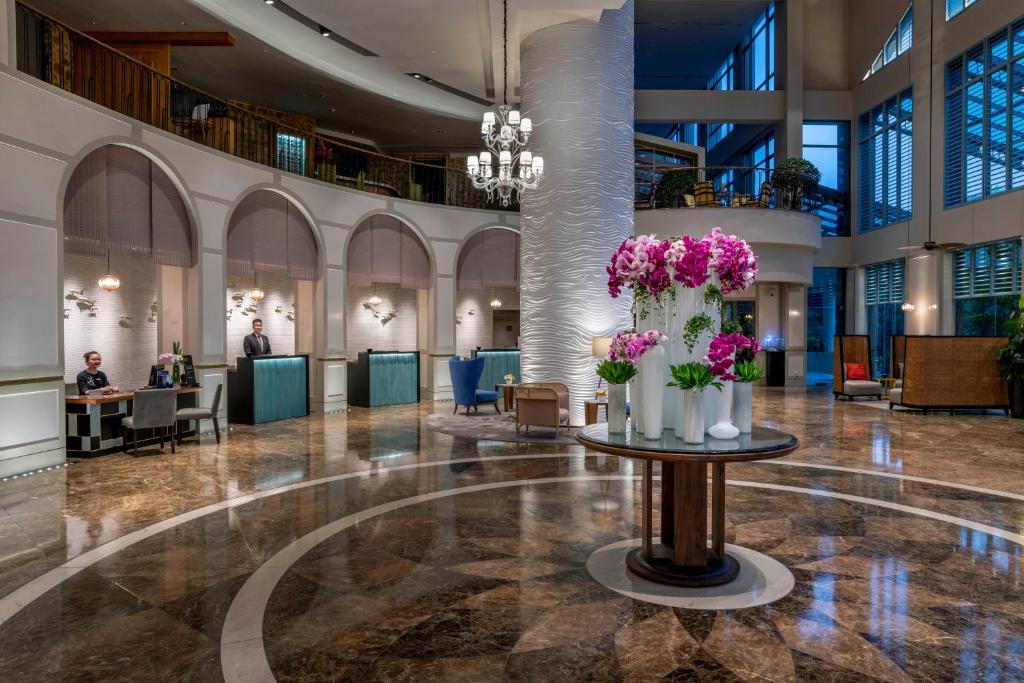 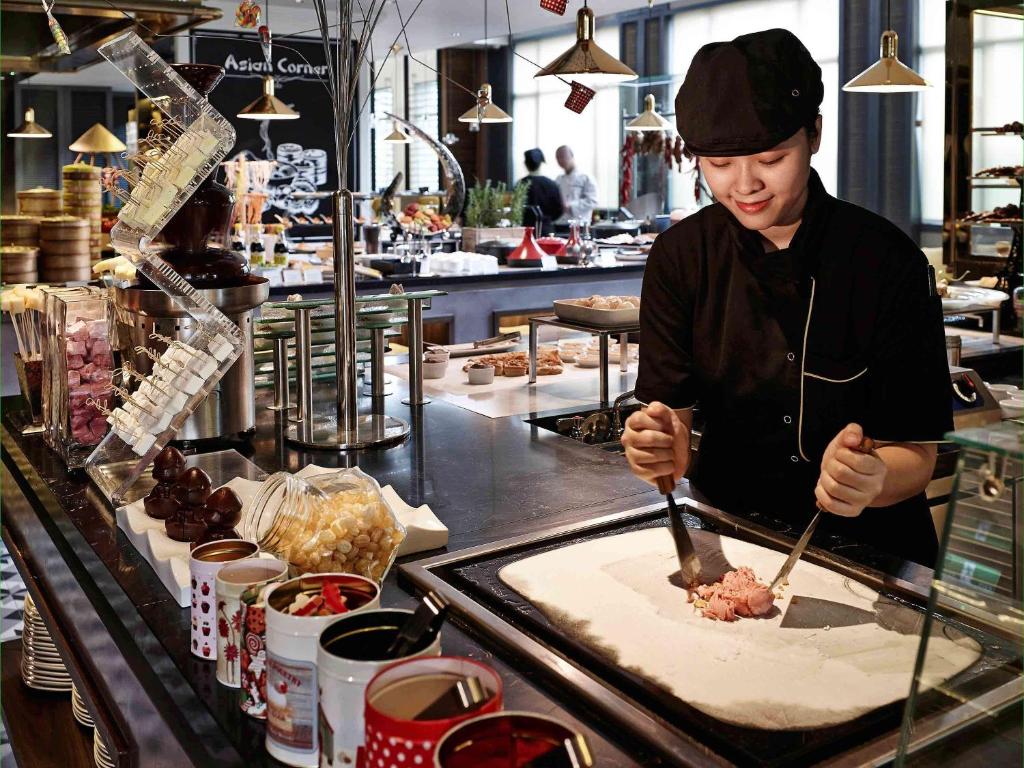 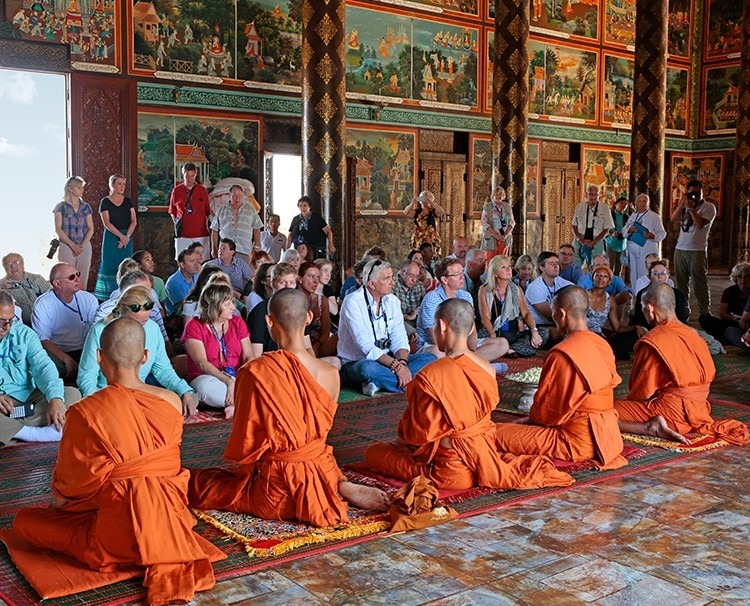 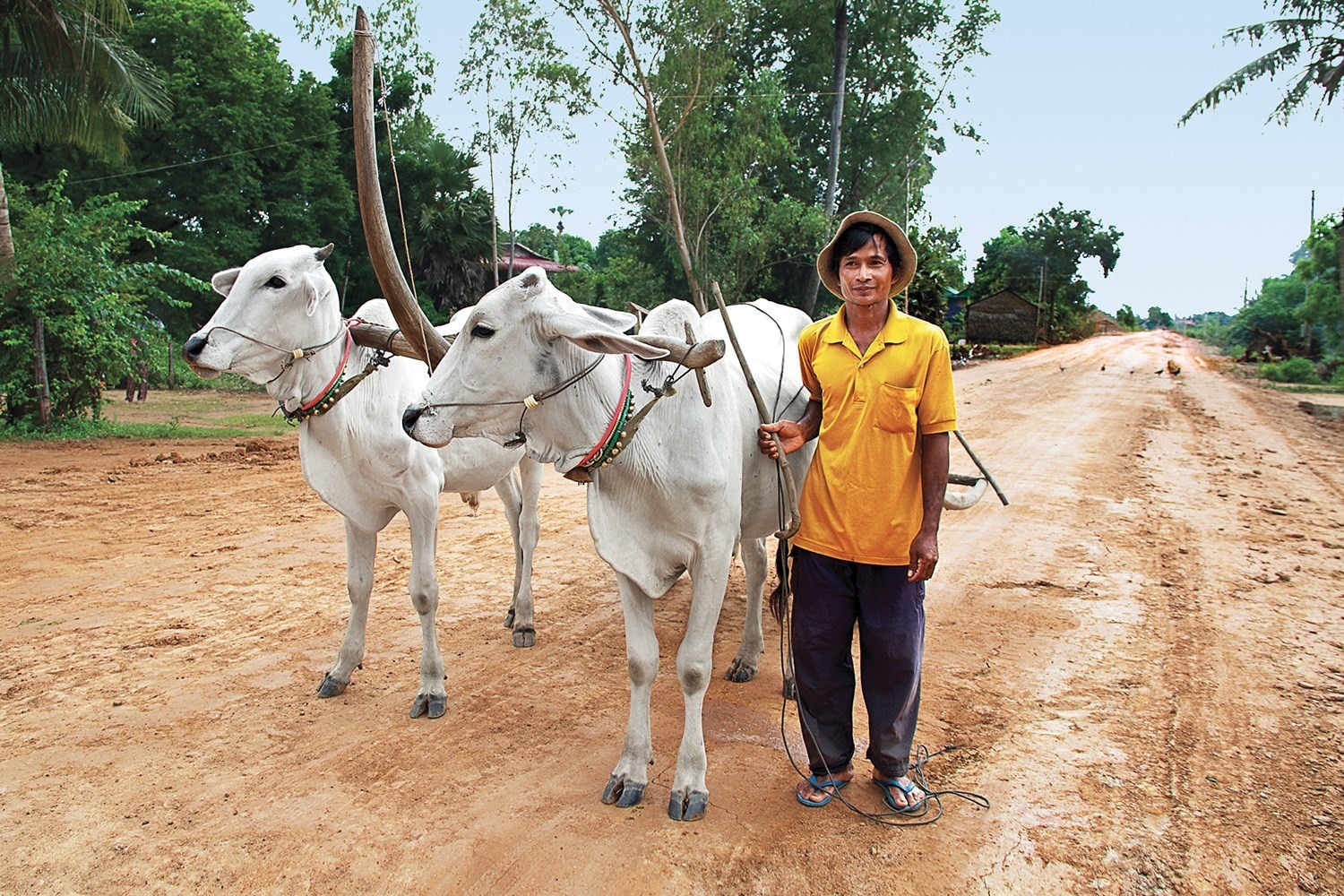 Let us treat you to a private limo ride to Pearson Airport on departure, or enjoy $70 credit

We have the passion and knowledge to help you travel better!

Fares are subject to change and space cannot be guaranteed. Book early for best availability and fares!