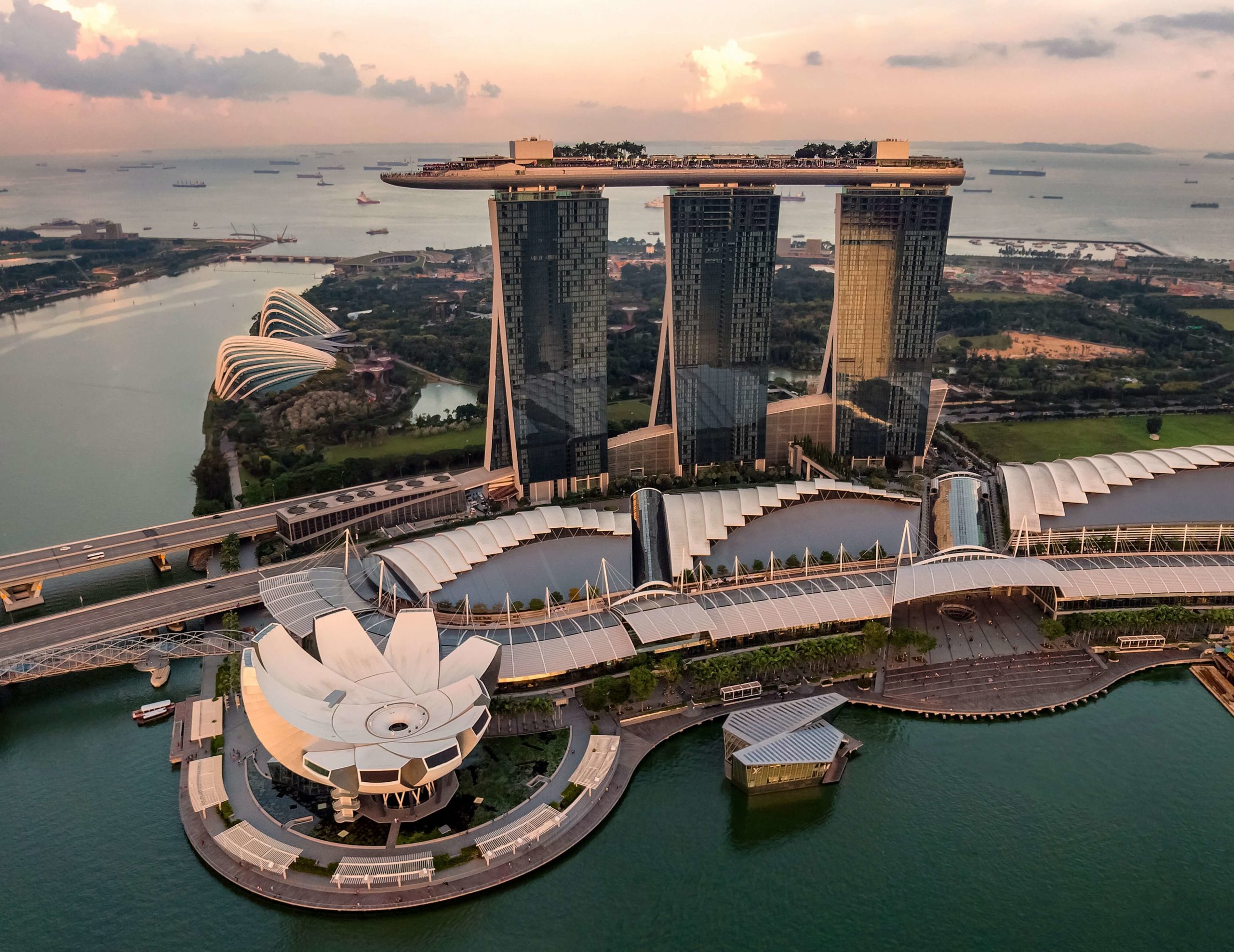 Welcome to this New Year’s Eve edition of Zaneta’s Destination Series and visit some of the most fascinating cities of the world from the comfort of your arm-chair. Sit back and enjoy!

Sydney, Australia’s “crown jewel”, is one of the world’s most photogenic cities. Wrapped around the Sydney Harbour, the city has much to offer; the world-famous Opera House, Harbour Bridge, Taronga Zoo…

Sydney began life as a British penal colony in 1788. Among the colorful characters in its early history was William Bligh of Mutiny on the Bounty fame who was deposed as governor during the Rum Rebellion of 1808. In 1852, with the discovery of gold in the interior, Sydney became a thriving port of the Victorian Empire. Visitors can get a glimpse of the past along the narrow, twisting streets of the Rocks, Sydney’s restored historical district. For the more adventurous, the Sydney bridge climb will reward you with stunning panoramic views of the city and harbor.

Just outside of Sydney, you will find the spectacular beauty of the Blue Mountains where you can enjoy a ride on the world’s steepest railway; or get up close and personal with Australia’s charming wildlife at the Koala Park Sanctuary. This was my favourite excursion when I visited Sydney several years ago. Australia’s appreciation of nature and preservation of wild life is indeed second to none, making it possible for many of us to enjoy.

No visit to Sydney will be complete without visiting its spectacular Bondi Beach located just minutes from the city centre and many sunbathers and surfers from all over the world come to surf its spectacular waves. Health-conscious visitors head to laid-back cafes around Hall Street, while walkers and joggers use the clifftop Bondi to Coogee Coastal Walk, with its dramatic scenery.

Bangkok is an all-time favourite for travellers from all around the world. It’s got interesting religious landmarks, great culture, gastronomic food. Bangkok is the capital and largest city in Thailand, which started out as a small trading center on the west bank of the Chao Phraya River serving the Ayutthaya Kingdom.

It is a city best known for its numerous imposing temples with Wat Arun (Temple of the Dawn) among the best known of Thailand’s landmarks. Located in the Royal Palace area, it had existed since at least the seventeenth century.

To really experience life in the city, embark on a boat ride along the Chao Phraya River and its canals, or klongs. Along the way, they take in picturesque scenes and photo opportunities of typical Thai canal life.

A visit to the Grand Palace and Emerald Buddha Temple is also a must. Built in 1782 by King Rama I at the beginning of the Chakri Dynasty, it is one of the most beautiful examples of an ancient Siamese court. The Palace, former residence of the Kings of Thailand, is now reserved for royal ceremonies and state occasions. Here you can see the magnificent Royal Chapel, Wat Phra Kaew, and view the Emerald Buddha, Thailand’s most sacred Buddha image.

I visited Bangkok several years ago after the completion of my Vietnam, Cambodia and the Mekong tour and had the privilege of staying at the Peninsula Hotel, which I strongly recommend for your next visit of Bangkok. You will not be disappointed.

One of my favourite places in the world, the island nation of Singapore is a modern thriving metropolis with an old colonial charm. The city was known as Temasek (“Sea Town”), when the first settlements were established from AD 1298-129, but later in the 14th century, this small but strategically-located island earned a new name. According to an old legend, a Prince was out hunting when he saw an animal he had never seen before. Taking it to be a good sign, he founded a city on that very spot, and he named it “The Lion City” or Singapura. In more recent history, Singapore was admittedly established by Sir Stamford Raffles who in 1819, through trade treaties, laid the foundation for one of the most amazing urban success stories in history.

Today, travelers can enjoy exotic sights and sounds as they stroll or ride a trishaw through Chinatown, the Arab Quarter or Little India. Next, head down to the scenic Boat Quay for unrivaled views of the harbor and stop at one of the many international restaurants for a refreshing break.

If shopping is an activity you enjoy, which many of us do, walk along famous Orchard Road with its merchandise from every corner of the Pacific Rim. Be sure to leave time to try a refreshing Singapore Sling at the bar at Raffles Hotel.

I just recently visited Singapore on an amazing cruise vacation from Dubai which ended in Singapore and truly enjoyed everything the city has to offer. I spent an afternoon at the Botanical Gardens, known for its National Orchid Garden with more than 3,000 species of orchids on display, and saw amazing fireworks at the Gardens by the Bay, located by the Marina Bay Waterfront in the heart of Singapore, a sanctuary for nature lovers. This lush oasis has won multiple accolades since it first opened in 2012.

Japan is an amazing tourist destination with a diverse history and an interesting bland of a culture made out of Eastern traditions and Western modernity. Tokyo is Japan’s capital and the world’s most populous metropolis.

Prior to 1868, Tokyo was known as Edo. A small castle town in the 16th century, Edo became Japan’s political center in 1603 when Tokugawa Leyasu established his feudal government there. A few decades later, Edo had grown into one of the world’s most populous cities. With the Meiji Restoration of 1868, the emperor and capital moved from Kyoto to Edo, which was renamed Tokyo (“Eastern Capital”). Large parts of Tokyo were destroyed in the Great Kanto Earthquake of 1923 and in the air raids of 1945.

Today, Tokyo offers to its visitors an unlimited choice of shopping, entertainment, culture and dining, and even though many people associate Tokyo with a highly modern city, there are many ways in which it is a nature lover’s paradise. If you travel outside of the big and modern city, you will soon discover that it is home to some of the best natural scenery in the world. Mount Fuji is famous all over the world as a place to visit during any season of the year. In spring, the blooming of the cherry blossoms is a sight to behold.

Tokyo is also known for its shrines which you will see all around the city. Inari Shrines are the most familiar ones, Toyokawa Inari Tokyo Betsuin is the one I visited on my last visit there. It is said that, in ancient times, the third son of Emperor Juntoku underwent a spiritual experience in which the deity Dakini-Shinten appeared on the back of a white fox with a rice plant slung over his back. The prince embodied this experience into the statue of Dakini-Shinten. The statue was later brought to the residence of Ooka Echizen-no-kami (Akasaka Hitotsuigi, Tokyo) during the Edo era, and was finally enshrined in Toyokawa Inari Betsuin at its present location in 1887.

The temples and zen gardens are incredibly beautiful and if you enter them you really can experience how peaceful and magical these places actually are. The best thing about it is that you can find them almost everywhere!

Inspired to see any of these Cities of the World?
Visit them on the voyages below:

Call us for details and to book your preferred stateroom.

Watch for my next Destination Series report coming your way a week from today. No doubt it will highlight another bucket list destination for us to explore.